The Tencent-backed PUBG Mobile Global Challenge has been announced for November 29 through December 1. October was also a good month for PlayerUnknown’s Battlegrounds on Mobile with the month’s revenue hitting $22 million, according to Sensor Tower, an intelligence firm.

Tencent and PUBG Corp. have announced the exact dates of the PUBG Mobile Global Challenge that will take place from November 29 though December 1 at the Festival Arena in Dubai. The event will carry on under the aegis of Samsung Galaxy Note9.

The PUBG Mobile Global Challenge was planned as a three-stage tournament, including qualifiers, regional competitions, and the now upcoming finals.

The hosts allowed players with 1,000 followers across specified streaming platform, including YouTube Gaming, Twitch, Facebook Live, and others, to put together teams whose members didn’t have to meet the 1,000-follower proviso.

Teams who have already been through the initial stages of the competition will flock to Dubai at the appointed dates to play against each other for a share of the award, with $400,000 up for grabs. Samsung will provide influencers with the namesake product, the Samsung Galaxy Note 9, which will allow for streamlined plays.

Meanwhile, PUBG has been doing well on mobile from fiscal standpoint, too. The game added another $22 million in revenue through its mobile platform in October. The October’s Halloween revenue jumped by 5.8% compared to September and it had been the highest yield since the game started turning profit back in April.

PUBG’s mobile game was also ranked as the 42 most popular app in the Google Play store, and the revenues of the battle royale have reached $113 million to this date. October also marked another milestone for the company with 22.3 million new downloads in the month alone, registering a 0.6% increase compared to September

However, PUBG Mobile had a slight advantage towards the end of the month and closer to Halloween when it was earning up to $100,000, slightly more than Fortnite.

Speaking of Fortnite, the game has been quite well. Fortnite has managed to gross over $350 million owing to iPhone and iPad users alone. The $55 million added in October mark a 6.3% increase over last month. The Fortnite app is also one of the most downloaded on both the App Store and Google Play, making the top 10 cut.

Fortnite acquired 3.9 million new players in October as well, seeing a strong growth in the United States, where 38% of all new downloads took place. Overall, Fortnite has been downloaded 74.2 million times worldwide on iOS. 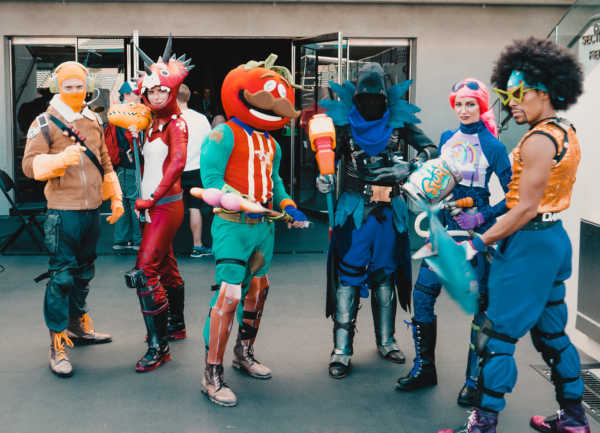