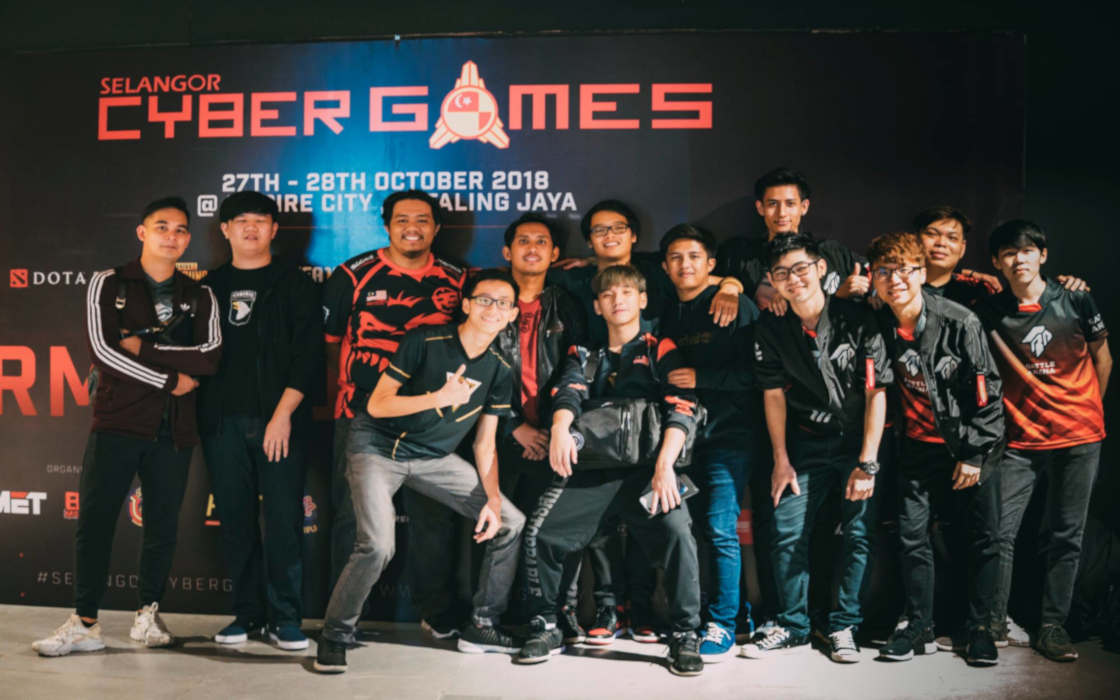 Malaysian esports team Gold Army Factory finished second in the Predator PUBG League finals that took place during the Selangor Cyber Games. The team came within a sliver of catching up to ASBOL, who managed to secure a victory with 300 points ahead.

Taking place at the Empire City Mall in Selangor, the Predator League PUBG finals saw a number of teams compete for a chance to secure the lion’s share of the prize pool, but also advance and qualify for the upcoming Predator Cup in February, 2019.

One of Malaysia’s local esports organizations came close to securing the first place, with Gold Army Factory (GAF) pressing the attack in the conclusive rounds of the game. Despite their coordinated and carefully-executed attack against ASBOL, they couldn’t stop their opponents from securing the first place, though that was the result of running into rapid enemy fire rather than being outgunned in a one-on-one scenario.

Coming from an FPS-heavy background with titles such as Rainbow Six Siege and PlayerUnknown’s Battlegrounds, GAF are no strangers to devising successful strategies, allowing them to secure victory even in the heat of battle.

In the Predator League’s finals, the team knew that ASBOL are dangerously ahead and they actively sought to contain them, trying to locate them early in the 10th round. Effectively GAF wantedto eliminate ASBOL first and then refocus their efforts on opponents.

However, the search led them to a lot of enemy fire, which cost them two team members. The early loss of manpower was among the cited reasons for the team’s performance in the round.

Despite the hurdles experienced in the previous round, GAF knew that they must eliminate ASBOL first and they pursued the same high-risk, high-return strategy. Even though they fell short of the mark, the team’s manager, Niy “Midas” Oon, expressed confidence that his team had the necessary qualities to improve their game to the point where they claim the first place in future matches.

We will participate in all [future] PUBG tournaments and continue to work on strengthening our skills, tactics, and mentality [so as] to be able to overcome all unexpected situations during a game. Our goal, of course, is to be participate in international tournaments and challenge different teams from around the world – GAF Owner and Manager Niy “Midas” Oon

With the PUBG League now completed, GAF are looking to conquer new summits. The team believes in the development of esports in Malaysia and they intend to continue and participate in ground-breaking and important competitions, advertising their brand successfully in the process.

They couldn’t have picked a better time to go fully-competitive as Malaysian esports seems to be in an upward trend. Razer CEO Min-Liang Tan invested $2.4 million in esports, shortly after the government made a similar move, announcing the budget earlier this week.

Even though it’s a coincidence, it’s curious to note that there are presently 2.4 million esports enthusiasts in the country, according to MDEC CEO Datuk Yasmin Mahmood. MDEC is the government-owned entity tasked with developing the digital sector.

Team GAF presently field distinguished gamers and streamers Sha-Zi, 9holy, Imagin3-, Dreams and Mag1c, identified with their nicknames only. When speaking to Oon, Esports Wizard found out that the next immediate step for the team is to explore the possibilities of recruiting a dedicated Rainbow Six Siege team.

The Selangor Cyber Games are just the beginning.