Our two previous articles on the Japanese Fighting Game event made clear that publishers are taking the event seriously. It’s a Premier CPT event for SFV, a Major TWT event for Tekken 7 and an important major at the ARTW for GGXrd and BBTag. But not all Main Event games featured at EVO Japan are supported by their own competitive circuit through the year. This is the case for the two last games we will cover in this article.

Do keep in mind one thing; despite their lack of esport structure, it doesn’t mean that those events should be considered as “lesser” Main Events. On the contrary, they’re very important for both games’ futures in big competitions around the world. They also have strong grassroots communities around the world, with player nationalities people don’t necessarily expect in high-level fighting game tournaments.

After six years of absence, the return of the Sword-focused fighting game, five months ago, also brought the announcement that the series are stepping up on the Main Stage once again. Unfortunately, its prequel, SoulCalibur V, only lasted 2 years in the biggest Fighting Game events of the world, before getting removed from the format. And with the lack of true competitive support from Bandai Namco, we’re still sure of nothing for the game’s future.

Nonetheless, SoulCalibur’s competitive history is an interesting one to watch. Bandai Namco officially reported the heated rivalry between France and USA in a 3-part documentary, before the release of the sixth entry. Marie-Laure “Kayane” Norindr, one of the most known Fighting Game and Esport personality in France, started her fighting game career as a SoulCalibur player.
Now being an esport ambassador for ISP Orange, there’s no doubt that she’ll do well at EVO Japan. But we must not forget the Japanese community. Arguably the strongest country at the end of SoulCalibur V, they can totally steal the spotlight in this game, for the entire year.

The King of Fighters XIV – Burn the Fight at Both Ends

It’s easy to overlook SNK in the Fighting Game landscape. After a tough decade seeing the Japanese company being bought by a Chinese publisher, Playmore, and after they bought their shares back to be called SNK again, they released The King of Fighters XIV, which was lacking in terms of graphics and marketing, which cost the game its chance to be featured as a real threat to Capcom, Bandai Namco and Arc System Works. It would be a huge mistake, though, to only consider what the West is doing.

In China, South-America and Middle-East, however, this is a whole different story. In China, we lack inside knowledge to truly verify it, but Zeng “Xiao Hai” Zhuo-Jun is secretly one of the most paid fighting game pro-player in the world, with over $100,000 earned in giant Chinese events, that got barely covered in the rest of the world.

EVO Japan – What you Need to Know – Part 1: The Main Dishes

In that regard, the King of Fighters competitive scene is close to Tekken, when Japan can’t be considered as the Top country. But instead of the Korea VS Japan rivalry, it’s more of a 4-way with Japan, Korea, Taiwan and China, when Tseng “ZJZ” Chia-Chen (Taiwan), Lin “E.T.” Chia-Hung (Taiwan), Lee “MadKOF” Kwang-Now (Korea) and Masanobu “M’” Murakami (Japan), being the most noticeable players in Southeast Asia (SEA).

And we cannot forget about Latin America, with a very strong local KOF scenes, and with strong showing of some KOF veterans like Luis Felipe “Luis Cha” Martinez Elisalde and Ruben “Pako” Patrida, both from Mexico.

“Learn from Loss, and Redouble your Efforts.”

The main thing to learn is that EVO Japan will be an interesting event to move forward. It will be as international as the Main EVO, with games unseen in the Las Vegas stage. At the time of writing, we don’t know the full line-up of the next Evolution in USA, but the community is pretty sure that The King of Fighters XIV will never be a main event game in EVO USA again, while BBTag can be in jeopardy.

EVO Japan – What you Need to Know – Part 2: New Rilvaries

With the huge budget problems the event got last year, we don’t even know if EVO Japan has a durability on time. It would be a shame, considering what the tourney can bring, with its unusual Main Line-up. And with the recent fighting game announcements, like the return of the Dead or Alive series, the Southeast Asia Fighting Game community would still need EVO Japan in our Event calendar. 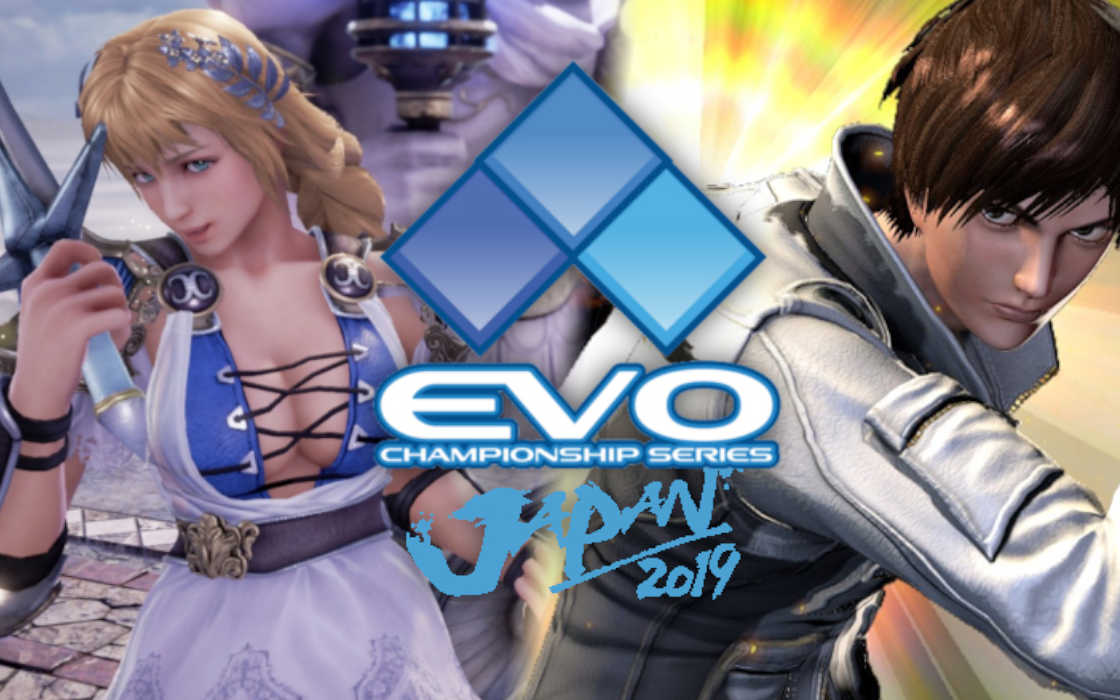 Article Name
EVO Japan 2019 : What you Need to Know, Part 3: The Unexpected
Description
EVO Japan 2019 is going to bring The King Fighters XIV and SoulCalibur VI back in the spotlight of the FGC community and here's what you need to know.
Author
Chaf Cancel
Publisher Name
Esports Wizard
Publisher Logo