The Flight of the Valkyries is Southeast Asia & China’s first all-female Dota 2 tournament hosted by Battle Arena Malaysia, a high-end esports training facility. With the online qualifier taking place tomorrow, on December 29, we flesh out the details in the article below.

Battle Arena Malaysia is a high-end esports hut in Petaling Jaya, Selangor, Malaysia. The facility has hosted a series of noteworthy tournaments and served as the training grounds of international teams, such as Evil Geniuses. Today, it’s in the center of Southeast Asia’s first all-female Dota 2 tournament, the Flight of the Valkyries and registration is now opened.

Teams from China and SEA will fight for RM20,000 ($4,800) in prizing money throughout online qualifiers and try to get into the LAN finals which will be held from January 19 through January 20, 2019 at Battle Arena Malaysia.

With nearly $5,000 on the line, the event is bound to excite significant interest. Overall, players from eight countries are going to participate in the event, including:

Though there are no official numbers about how many contestants have signed up, the event is looked forward to with great anticipation.

More Partners on Board

Battle Arena Malaysia is hardly the only esports-minded organization that has thrown its support behind the tournament. MSI, NVIDIA, Corsair and Genysis Cyber E-Sports are collaborating with Battle Arena to fine-tune the offer and create a beneficial environment for female esports competitions in the region.

Malaysia and SEA, and even China, are no strangers to all-out female competitions. Girl squads have been long dominating in Counter-Strike: Global Offensive (CS:GO) in the region, and Asia has one of the best-developed ecosystems for female esports. Organizations, such as Team Sphynx have been some of the most pronounced all-female competitors in Malaysia.

Thank you The Pantheon for providing us the practice room. The PC here are super awesome! 5/5 for the coffee ??‍♀ pic.twitter.com/a93sz7BeF5

Seeing a number of established companies come together to champion the involvement of female gamers in esports is also reassuring, as the industry has been predominantly male and the environment mostly hostile.

South Korea recently warned that it would consider sexual harassment in video games to be a crime punishable by law, charting a new course for online behavioral standards.

Battle Arena Malaysia intends to turn Flight of the Valkyries into an annual event that will gradually help the organization lay the groundwork for a pronounced female participation in some of the most competitive esports games.

Southeast Asia is a particularly inclusive esports community with initiatives such as the Female ESports League becoming one of the pillars of female gaming success in the region. 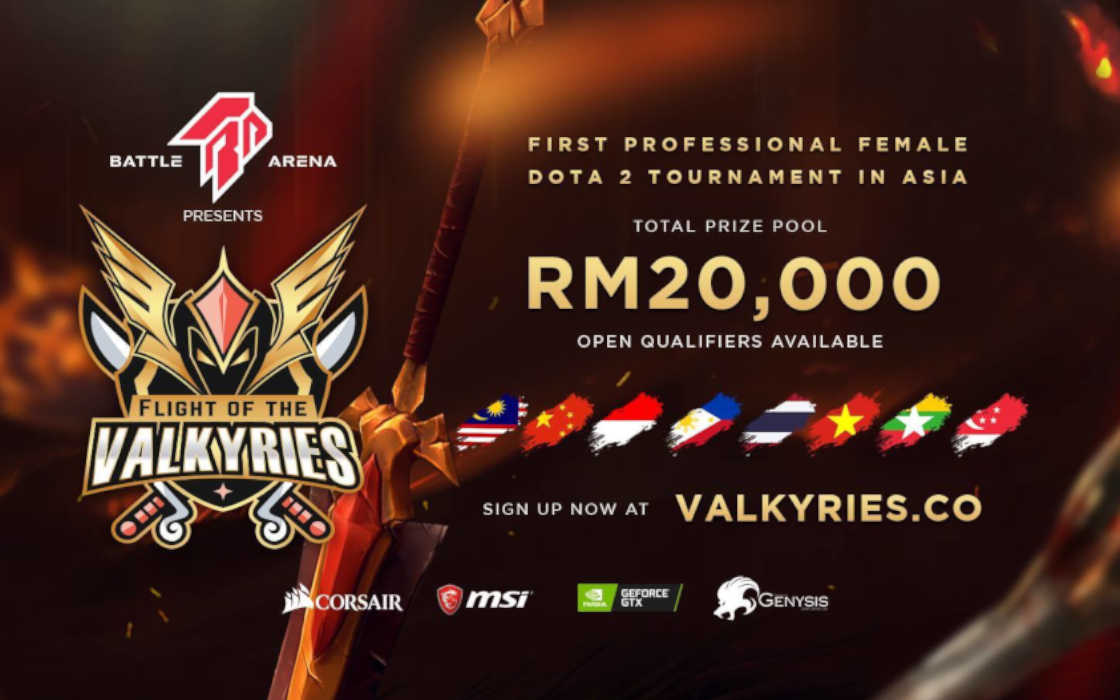