Blizzard is stepping its efforts in curbing misbehaviour online, be that in chat or in-game. The latest deterrent will request users commenting in Overwatch streams to provide both their Twitch and Battle.net accounts. Too much policing or a sensible course of action towards uprooting mouth-offs?

The days when people can throw insensitive barbs at one another in the online world is coming to an end. 2018 was a game-changer for everyone, with Dota 2 undergoing some serious tremors towards the end of the year as a scandal over racial and derogatory remarks progressed in full spate.

Overwatch, Blizzard’s latest and most ambitious esports title to date, has also been the subject of policing. In South Korea, courts have ruled out against in-game boosting (an act whereby stronger players join the games of weaker ones to support a particular individual(s) and artificially boost their rank).

China Owns the Game By Banning Fortnite, Overwatch, PUBG and Others

Sexual harassment also came under the hits of South Korean society where video gaming has been a little more than a pastime. China recently issued a list of recommendations (which Esports Wizard reported on and first interpreted as bans) that criticized the explicit nature of the female form in Overwatch.

Today, it’s Blizzard that are stepping up their efforts to clamp down on indecent behavior online. They are starting with the chats. Anyone who wants to participate in an official Overwatch stream will have to provide their Twitch and Battle.net account.

The new chat option will be piloted during the Overwatch Contenders quarterfinals running through January 12, 2019. All people who wish to comment on the game and be part of the Twitch chat will have to now link their Battle.net accounts in order to do so.

An End to the Spam Fests?

Twitch has had a rather rowdy chat and this is one thing we know for sure. From eruptions of ill-written messages to outright emoticon-spam, the streaming platform has seldom been a place where a lucid thought has had its way, in chat at least.

In fact, the more people tune in to watch, the more the nonsensical talk increases, although this seemingly mindless spam of characters and colors has been embraced by the community. However, Blizzard are not the only ones about whom people with rather more robust language have to worry if they want to carry on.

Twitch themselves are bringing back their full set of moderation tools, empowering admins to clamp down on those individuals who think that the anonymity of the Internet will give them a pardon from saying whatever insensitive thing pops into their heads.

And yet, there is just a sliver of fear about over-moderating rooms with people being uncertain of what can be said and what should be sat on. Such policing is never a good sign, though trimming the unnecessarily mean comments and outright racial remarks would be a good start.

Nevertheless, with Blizzard not giving any clear indication what actions they might take against offenders and what would qualify an offender as such, it might be time to lay off the keyboard and just watch the show for once – even if that means a slightly quieter Twitch chat. 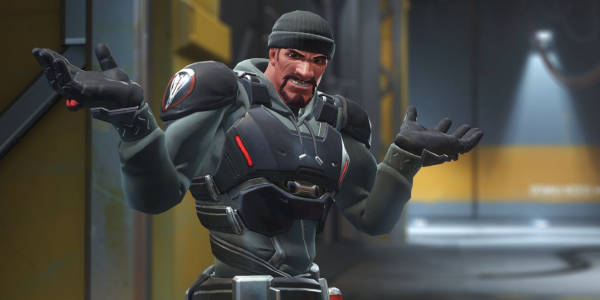