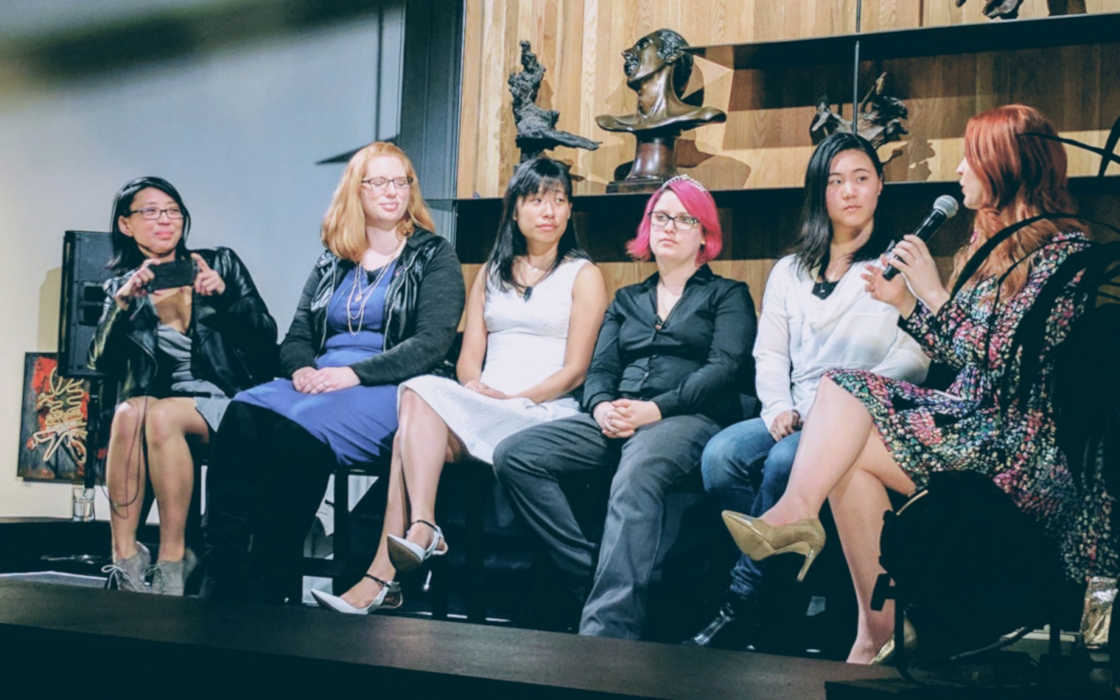 More efforts are being made to attract girl gamers in esports in France. A newly set-up incubator promises to contribute to this end. Backed by Women in Games France, the country continues to champion equality between the genders in the digital world and beyond.

Women in Games France has announced the roll-out of a new incubator, I-WIG, which will aim to involve more female gamers into esports and give them a chance to achieve recognition. The initiative is backed by Riot Game France with the company promising financial and promotional help for the first season of the incubator. Riot Games are particularly aware of the problem with discrimination and sexism in esports and the company has vowed to promote values of inclusion and fight any divisive language.

Thanks for tuning in to our #livestream !
Our next show will be in January, featuring @k_wolfkill ????
Stay tuned for more info and as always you can find past episodes on https://t.co/Udoc3WdpsS

Ultimately, the goal of the initiative is to champion visibility for women in esports as well as make sure that female players are better represented across all segments of the industry, from players to management.

The organization also intends to focus on examining the impediments that lie before women in joining the esports world in greater numbers. According to Audrey Leprince, president at Women in Games France, the entire culture of esports is pivoted around masculinity.

A recent survey carried out by The Insights People’s Kids Insights revealed that teen girls were playing as much esports as their male peers, even more. The study didn’t miss to point out that female players feel less secure and confident in coming out on Twitch, YouTube and other video sharing and streaming platforms.

However, Ms. Leprince remains confident. According to her, the creation and development of the incubator is the best course of action, which will eventually lead to more women involved in esports.

An Incubator to Embolden Female Players

Ms. Leprince considers the incubator to be the answer to many of the problems that presently pester females in esports. The organization intends to provide women gamers with the necessary support to establish a framework that will allow them to compete at the highest level and lead to a significant uptick in the overall female presence in competitive video gaming.

Episode 3 of our Women in Gaming stream on Mixer is happening tomorrow!

Join us as we play #alanwake (throwing it back) and chat with @ladieaupair about inclusion and accessibility in the Gaming world
Tune in tomorrow at 11:00 AM PST to https://t.co/IC9fpkk4Qk pic.twitter.com/rlusBNK0XC

I-WIG’s first season will focus on precisely that by working closely with Riot Games and hoping to make the competitive scene “easier for women”. Female players will be allowed an opportunity to train with hand picked coaches who will seek to systematically improve their gameplay. However, the slots in the first season will be only limited to five.

After the test run is done and dusted, with the incubator taking place from January, 2019 through August, 2019, the future of the initiative will be reviewed. Riot Games themselves say to be cognizant of the underrepresentation of female players in esports.

According to the company, only 15% of the active League of Legends players in the country are female and only 5% participate in esports competition. At the same time, some 28% of all female players are actively engaged in esports, whether as participants, viewers or outright fans.

With the leisure economy showing strong signs of development of female esports potential, it comes as no surprise that a number of competitive teams, including Fnatic and Gen.G have been signing up more female-only rosters.