The Reminder of the Grassroots

Nowadays, with esports filling up stadiums and viewership matching the scores of some other massive sport events like the Superbowl, it’s easy to forget what was done 20 years ago. When communities gathered in the same place just for the sake of knowing who was the strongest. And the cycle continues, with new games coming to replace the ones that went into the big leagues.

Every esport had to come from the state that we call “Grassroots”. Seeing games like Under Night In-birth – Exe:Late[st] having its EVO slot, like a boy named Charlie would have its Golden Ticket, is a great opportunity to do some retrospection about our discipline. This article will aim at both explaining what UNI is, where it came from, and what it means for the others Fighting Game Esports.

There’s a lot to tell about the history behind French Bread, the studio that created fighting games like Melty Blood and Under Night In-birth. The former is called “The King of Poverty Fighters”. A meme that turned out as an honorific title. Because of its existence as a Doujin Game (Indie Game), Melty Blood became the first “clean” fighting game accessible to people that didn’t have access to Arcades or Consoles.

The former, during its 5 years of lifespan, but only 4 on Console (PS3), was always considered as a “small game”. One that just can’t get to the “big leagues”, because of its lack of endorsement by heavyweight publishers like Capcom or Bandai Namco. Even so, a lot of people called the game “a cleaver”, and years ahead of its competition in terms of mechanics and its approach to the meta.

Money, sponsorship, the prospect of a career, online population, etc. We never had more reasons to play a game than today. Even new players don’t tend to choose a game that doesn’t clear at least 4 or 5 boxes. As corny as it sounds, fewer and fewer people play a game just because it’s “a good game”.

In the United States, the North Californian scene quickly became a strong UNI hub, back when the second installation of the game, Exe:Late was still played. Then the third version, Exe:Late[st], arrived for Japanese Arcades. In 2016, in a time when patches and DLCs were usual in most of the mainstream fighting games, UNI re-invented its scene sending it back to the 2000’s. When you could do nothing else but trying to decode the new frame-datas out of your main.

Two years after, Exe:Late[st] came out on PS4, with two brand new characters, Enkidu and Wagner. “Too late, guys.” “Came in the same month as DBFZ.” “Dead on Arrival.” Some people of the community have been worried about the traffic being way too dense in the FGC. DBFZ, BBTag, DLCs for Injustice 2, Tekken 7 Season 2, SFV Season 3…

The game increasingly kept breaking its attendees record in tournaments during the year 2018, going from 173 at Combo Breaker 2018, to 273 at CEOtaku 2018. International competition increased, when players, like the German Marco “CrushingEagle” Marco Matioschek”, or the Japanese * “ClearLamp_o”, winner of both CEOtaku 2018 and Climax of Night. Europe also matched the pace, running side and main tournaments for the games at events like Bavaria Burst, Brussels Challenge or NGI’s Revolution.

The momentum for this game has never been stronger. Hard to imagine, when the game had the reputation of just being another niche fighting game, like dozens of other Japanese games.

Not only deserved, but rather earned it

BREAKDOWN of the GAME

Under Night In-birth’s call-up for EVO 2018 felt like a truly deserved one. In a Super Major like EVO, when the event organizer can speak toe-to-toe with respected publishers like Capcom or Bandai Namco, it speaks volumes. But sadly, the general focus shifted to the fact that Super Smash Bros. Melee will not make its eighth Main Stage at EVO this year.

We praised Melee as the ultimate underdog. The scene that thrived itself to the spotlight. One can think that this story was the thing that kept the attention on the game, to a good part of the Esport media landscape. But it has been 3 years since Melee confirmed its presence, by being a solid Tier 3 esport game, backed by Tier 1 Esport Organizations like Liquid, Cloud9, G2 or TSM. And when another scene finally grabs the brass ring, it gets ignored.

It tells length to the situation we’re in right now. That constant battle between grassroots recognition and mainstream spotlight isn’t something we only see in fighting games. It’s not like UNIST got any “official validations” from the FGC after this announcement. The scene already knew the Main Stages before EVO. But it definitely questioned the credibility of the industry’s “grassroots” praise. Especially coming from the scenes that made it. 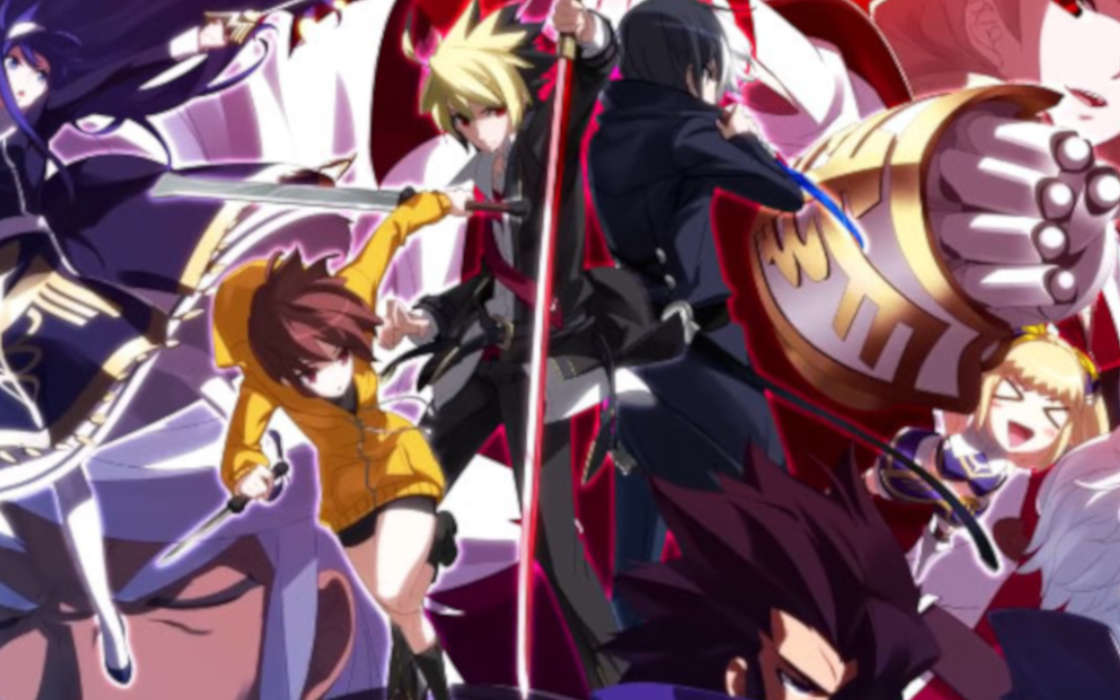 Article Name
Under Night In-birth at EVO – Coming from the Grassroots
Description
Games such as Under Night In Birth have achieved success and recognition in the FGC by defining the established best practices and coining their own.
Author
Chaf Cancel
Publisher Name
Esports Wizard
Publisher Logo