The Mortal Kombat 11 Reveal, made in mid-January by Warner Bros. Games and Netherrealm Studios, was a pretty well-organized promotional event overall. The announcements, the new and returning characters of the franchise, the presence of guests like Ronda Rousey, etc. But there was a big emphasis on the competitive aspect of the game, that changed a lot since its previous episode; Mortal Kombat X.

Before the reveal, people within the community were getting anxious and eager on any news about the future of the franchise. While people knew that Netherrealm Studios worked on something, it was hard to be sure that it concerned Mortal Kombat. Until that clever reveal made during The Game Awards 2018.

That small video gave the MK scene enough reason to be excited. Even if there was no gameplay, the video clearly showed some of the strong themes MK11 will follow. The colours are brighter than in the dark-themed MKX. Raiden seems to follow the path of the Dark Raiden, a hero turned into villain, which was already the case in past MK games. And the action will take place in a time-shifting story, when the characters can meet, or even fight, their former selves.

Obviously, the job of the Reveal was to answer the biggest amount of questions, while maintaining that excitement until the game’s release.

The biggest questions from the competitive scene were on how the game would be played. The general direction taken by MK11 surprised a lot of people, because of how much it changes from MKX.

The game got rid of the meter system in MKX, whereby you built your points by hitting or being hit, with 2 cooldown-based stamina bars: one for offense and the other for defense. Old mechanics, like the Enhanced special moves, were revamped to use one offensive bar, with new defensive mechanics like universal wake-up options using up the defensive bar, or the Flawless Guard, very reminiscent to Garou: Mark of the Wolves’ Just Defend mechanic, are introduced for the first time in the series.

The “X-Ray”, renamed “Fatal Blow” in the new game, is no longer linked to the whole meter system, but to the health. When your life is below 30%, you gain the ability to do a super attack that does a massive amount of damage, but that you can only land it on your opponent once in a game.

That revamped combat system will be very important for the future balance of the game. Because the most important things that made some characters stronger than others were base around their capacity to build meter and use it efficiently with great wake up options. But NRS made those aspects universal for the entire cast.

The Reception of the Community

Warner Bros. were particularly clever with their ways of interacting with the community. They allowed people to record their own matches, during both of the Reveals made in London and Los Angeles. That gave us tons of footage of the shown beta, to analyze and watch carefully, months before the game’s release.

There was a lot of concerns on how MK11’s metagame would prioritize. Some players wanted to avoid a situation that they called “Injustice 3”, when the game would reward more defensive plays with zoning and keep-away moves, rather than in-your-face rushdown offensive. Something that Ketchup publicly dismissed.

There was a lot of players that also not liked the pace, considered “slower” than MKX, because of the Run mechanic, one of the main causes of the previous Mortal Kombat game’s huge emphasis on the offensive. Alexandre “Hayatei” Dubé-Bilodeau, one of the best Canadian MK player, also chimed in on Twitter account, shortly after winning his exhibition match against Tim “HoneyBee” Commandeur.

Elfrid “RZA” De Napata, well-known top NRS player in France and Europe, was in the French webshow “Meurs Pas Sans Ton Pif”, hosted by Yohan “Ken Bogard” Verdier. He said that the game had a huge potential to be the most complete fighting game of his generation, and that it can reconciliate Fighting Game players from other scenes, like Street Fighter or Dragon Ball FighterZ, to compete with the established NRS scene.

With a public very excited for the game release, the months could be difficult for the people eager to compete and fight in what would be seen to be one of the best fighting games of 2019. Fortunately for them, Warner and NRS announced an Online Beta, accessible for the people that pre-ordered the game, in March.

MLG, ESL and ELEAGUE have been behind the World Championships of the recent Mortal Kombat and Injustice games since 2011. Complementing big majors like CEO or EVO that would mostly put that eleventh iteration of the iconic fighting game franchise, as a main competitive game.

Time may be in jeopardy within the game’s lore, but for the competitive scene, the future looks bright. 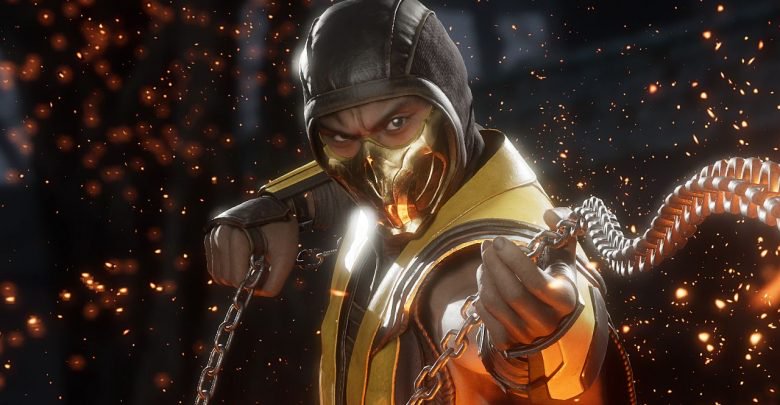