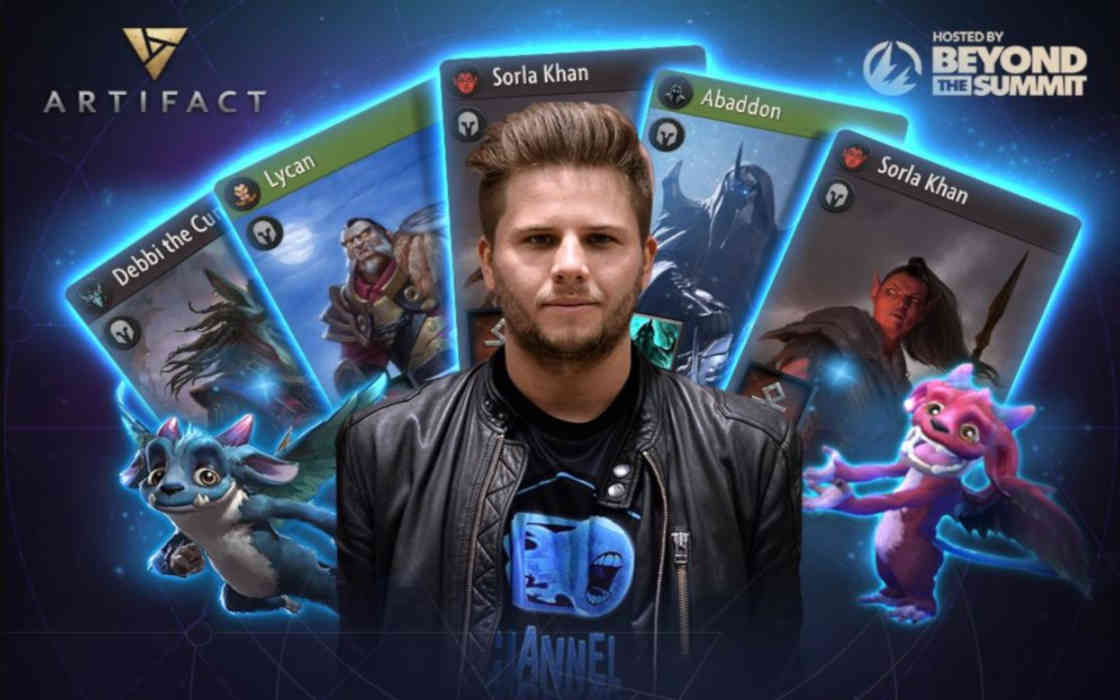 Artifact Lives Up to the Expectations

On November 11, the preview tournament for Valve’s Artifact: The Dota Card Game concluded with Joel ‘heffaklumpen’ Larsson dominating in a field of 128 beta testers. Coming from a competitive background himself, Larsson quickly established himself across a complex game that has been in the works since 2014.

Well played to the rest of the participants. #Artifact pic.twitter.com/AjbzVZ9UZ8

His victory was broadcast by Beyond The Summit (BTS), in a distinctly Hearthstonesque setting in a studio with professionally-clad commentators offering insight and reassurance to confused spectators. Despite the lack of marketing on the part of Valve, Artifact managed to amass a respectable crowd of viewers, with 30,000 live spectators* following the tournament across Twitch and Steam last weekend.

The final eight players to blast their way to the finals all, bar one, came from a background of playing card games. One of the most notable personalities to reach the latest stages of the game was Kuroky, a beloved Dota 2 player who has led many competitive outfits in Valve’s MOBA game to victory.

.@JoelLarsson1991 vs @MegaMogwai is the Grand Final of the Artifact Preview Tournament. They will fight for the title of the first publicly broadcasted tournament up next. Good luck. #Artifact pic.twitter.com/WmEDX6kFNw

Kuro “KuroKy” Salehi Takhasomi managed to finish fourth in the overall standing, distinguishing himself as keen strategist on top of having the reflexes necessary to play highly-competitive games. Kuroky was dealt a killing stroke by Larsson who had won all of his games in the previous 48 hours, without conceding a single defeat. Following the elimination of KuroKy, Larsson proceeded to face off Mogwai from Spain.

Mogwai comes from Gwent, another card game based on The Witcher franchise. The game between the finalists was intense, stretching a whole hour and seeing a lot of considerate play as opposed the somewhat faster pace of previous games. Eventually, it was Larsson who clinched the title, establishing his absolute dominance in Artifact’s first official tournament and claiming $4,000 for the first place, with Mogwai taking $2,000 as the runner-up.

Artifact NDA will be lifted on November 17, 2018. #Artifact pic.twitter.com/A5M5WjBcBY

More excellent news followed shortly after the tournament was concluded. Apparently, the Non-disclosure agreement (NDA) is coming to a halt, which means that beta testers, including BTS will be allowed to stream and provide gamers with educational materials as early as November 17. The upshot will be a player base that is better prepared to meet the actual launch announced for November 28.

BTS to Stream on November 17

While players are deliberating whether to spend $20 on the game, Beyond the Summit are hosting a two-day stream, which will be focused on challenging other beta players to a duel in many and varied fun modes.

The Artifact streaming NDA will drop at 4pm on Nov 17 2018 (PST). That means people in the alpha will be able to stream in preparation for the beta on the 19th. – BST official statement

With the game shaping up as a clearly competitive title, the interest in Artifact seems unflagging. Though observers suspect that the game would not be as well received as Hearthstone because of its demanding gameplay, Artifact will most likely become one of the top titles in its respective genre.

If you are still struggling to find you way around Artifact, the BTS have compiled a tutorial, which will help you grasp the basics.

*Not confirmed in an official statistic