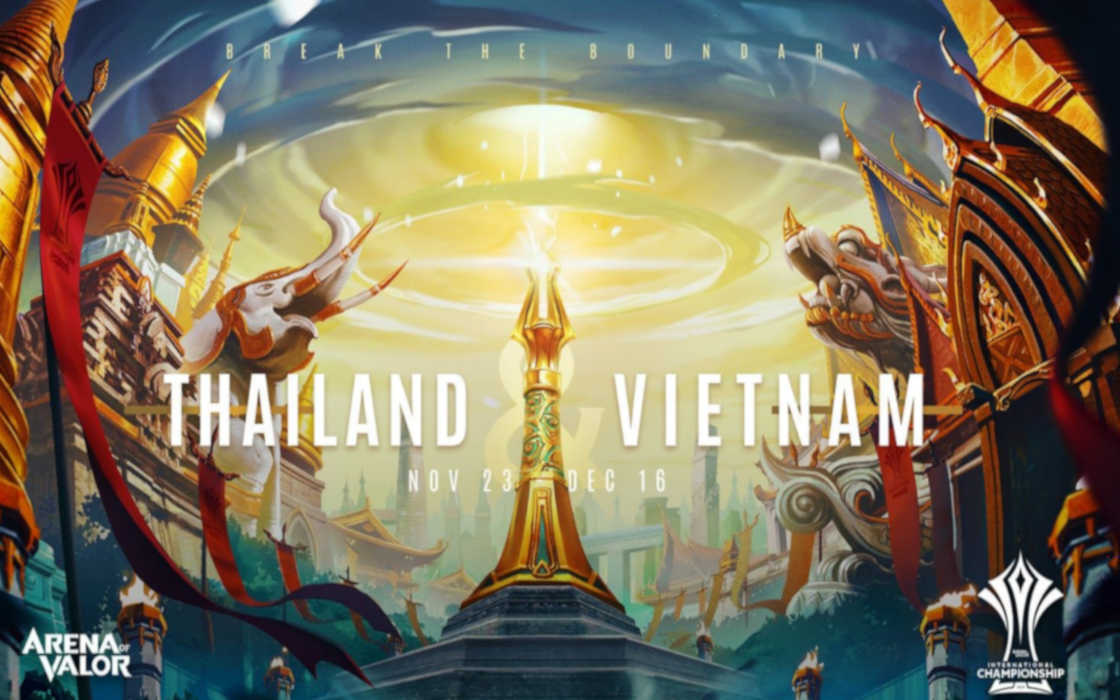 Mobile MOBA game Arena of Valor (AoV) will introduce the Arena of Valor International Championship (AIC), featuring the eye-popping $600,000 in prize money. Announced by online gaming platform Garena, the tournament will be held in Vietnam and Thailand.

Online gaming platform Garena has revealed details about the upcoming Arena of Valor International Championships (AIC), which will take place between November 23 and December 16. While, the dates have been announced, no specifics as to the stages of the competition were shared in the October 8 statement.

Most notably, though, the upcoming event will feature the solid $600,000 in prize money, outpacing the previously set record for the Arena of Valor World Cup (AWC) that was $550,000.

To prepare athletes for the upcoming clash, the invited teams will flock to a bootcamp in Ho Chi Minh City, Vietnam where they will begin preparing from November 4 until the grand finals in Bangkok, Thailand. Out of the 16 slots available, the first team to be afforded an opportunity to participate in AIC is Singapore’s Team Tamago.

Notably, the AIC is expanding its current format by four additional teams and adding India as a new region, which demonstrates prescience on the part of Tencent who are eager to pilot their product in new markets.

The hosts will try to draw even larger crowds than AWC where 10 million unique viewers tuned in to spectate the event which was ultimately won by Team Korea. Viewership in both Vietnam and Thailand has been steadfast to the point where over a million viewers have been following the official channels on YouTube.

Meanwhile, Garena has picked the theme of the upcoming AIC, entitling it “Breaking the Boundary”, and looking to capture the beauty of both host countries.

Plans to expand on esports and introduce additional platforms are part of the key strategy as Arena of Valor developers have shared with Twin Galaxies, a respected online publication. The Nintendo Switch version was released on September 25, 2018, and it’s free to play.

Held in Los Angeles in July, the AWC laid the groundwork for an esports future for AoV beyond its homeland of China where the game remains excessively popular under its original title, Honor of Kings. However, instead of being a one-off occurrence, Tencent intends to renew the tournament and establish it as a yearly competition, along with the freshly introduced AIC.

Even if the game has been met slightly more tepidly than expected outside of its bastions in Asia, and particularly China, the game has so far managed to rake in over $140 million of revenue abroad.

On October 18, intelligence firm Sensor Tower just broke the news that Arena of Valor has managed to notch up $1.7 million in gross proceedings in September alone. This number constitutes a 49 percent growth month-over-month and it is a 143 percent jump year-over-year.

One significant number to note here is the fact that U.S. customers accounted for 30 percent of all earnings to this date, which means that the game is gaining a firmer foothold in the United States. On top of this, 1.1 million additional installs were made in September, which is a 170 percent year-over-year increase.

Even though forming communities around the game in the West has been rather difficult, there seem to be a dedicated crop of players who continue to report and play the game. The most notable esports seeds were sown by the ESL, AT&T in North America and Globe Telecom in the Philippines.

While the AWC took place to whip up interest in one of the developing regions, the International event, AIC, will be held in the region where the game’s foothold is the strongest. 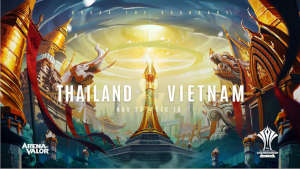