The Chongqing Major qualifier is upon us, and the matches are kicking off as early as November 25, and they will carry on through November 30. StarLadder has just announced a number of important details about the event, including seeding and attending analysts and casters.

Courtesy of StarLadder and Imba!TV, the Chongqing Major has arrived – or nearly so. The competition is starting tomorrow, November 25, and the format will have 6 regions with 8 teams each caught in a battle for the top spots. The offer is quite generous, judging by the total number of squads that will be participating.

Today we are happy to share all details of The Chongqing Major Main Qualifiers.#dota2 #dotasltv #CQMajor

In our viewers guide you'll find detailed schedule, channels and everything you want to know about Main Qualifiers stage

Going through the groups, South America will see a number of burgeoning teams try to make a dash for the tournament. Group A will have pain Gaming while things in Group B look a little more grassroots at a first glance. 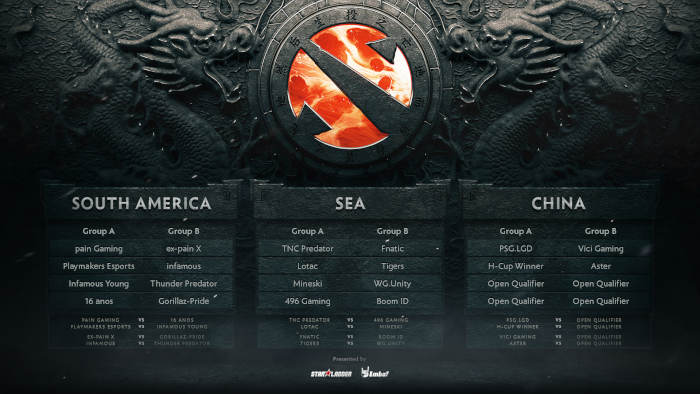 Moving to Southeast Asia, the two Groups will be filled with fantastic squads that promise to offer us a great competitive Dota 2, with TNC Predator, Fnatic, Tigers, Mineski, and Lotac to the fore.

WG.Unity, another famous esports outfit who dominated in the Acer’s most recently concluded competition, are another strong pick. In a sense, SEA will easily be one of the most contested groups out there.

China will bring us a fair bit of competition and no less, although PSG.LGD and Vici Gaming are very unlikely to be met with any competition as the group stages continue. Though there seems to be little competition in China, we are still going to follow the games with interest. 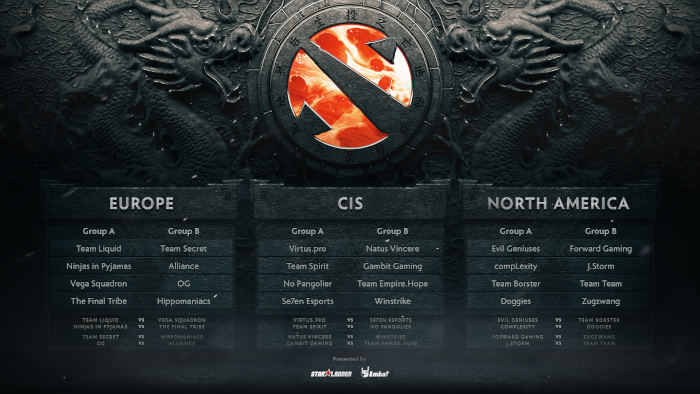 Moving forward, we will have a bunch of groups that are well worth attention. After winning TI8, OG are back and they will understandably compete in Europe. OG will be facing a series of serious opponents, such as Team Liquid, Team Secret, Ninjas in Pyjamas, Alliance and even the less prominent Vega Squadron.

CIS promises to be no less action-packed with Virtus.pro (the Dota 2 Kuala Lumpur Major winners), Natus Vincere, Gambling Gaming, Team Empire, Team Spirit, and others playing. There is quite a handful of well-geared Dota 2 outfits all waiting to join the melee that kicks off tomorrow.

Lastly, we take a look at North America, where Evil Geniuses, Forward Gaming, J. Storm, and compLexity are the favorites and no less. 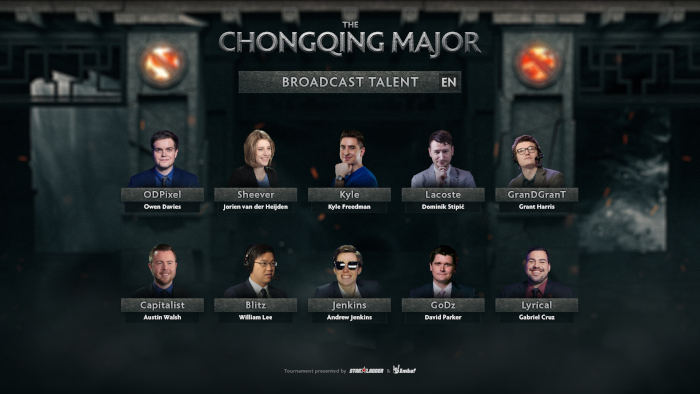 Meanwhile, a number of talented casters will be tuning in to relate every bit of the race, offering you a broad and reliable coverage on everything that transpires on the field of battle. Sheever, Lyrical, and GoDz are just some of the names in the English casting crew and they will be backed by a number of Russian casters, including Droog, ArtStyle and of course Tonya.

And while there’s much to be happy about, it could be possible that a new controversy is now shaping up. Skem and Kuku could risk a ban from the China’s Chongqing Major, and possibly The International, which would be a real blow to the community and the idea of running global esports competitions.

With the rumors still unsubstantiated, Dota 2 is developing at a delightful pace, but bringing so many people together in the melting pot has proven a rather more challenging task than originally expected.