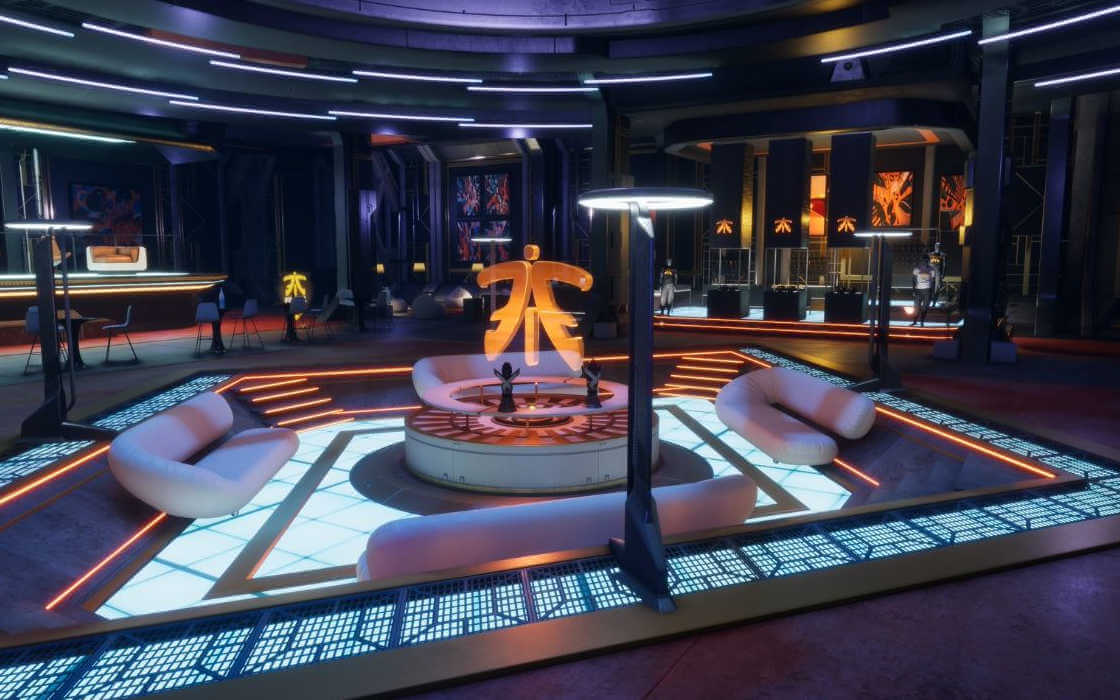 A newly announced partnership between esports powerhouse Fnatic and virtual reality company Linden Lab’s Sansar will have significant implications for how people will meet & greet their favorite players. The pair are now teaming up to deliver a virtual reality setting in which Fnatic team members can hobnob with eager fans.

Linden Lab’s Sansar and Fnatic both have something to be rather excited about. Specifically, the introduction of a newly-minted virtual reality hut on the Internet where esports athletes can meet their fans in flesh or – well, pixels. This is part of a now prevalent business initiative to bring fans and players closer together without sacrificing too much of the time of either groups.

Excited to partner with @FNATIC on the Meta BUNKR!

It's open to everyone, for free, starting today. Come into Sansar and check it out ?https://t.co/FLcIi62Rsj pic.twitter.com/XA53zhL28H

Far from an awkward online pow-wow where ill-formed avatars meet, the VR hut known as Meta Bunkr will allow fans to set up various events and other meet-ups with players and personalities joining duly. As an extra, fans will be able to notch up various prizes and rewards.

Diving into the Fabric of Virtual Reality for Extra Results

Fnatic are definitely among the first teams to seek deeper ties with the community built around their brand The team is also one of the first to undertake the exploration of alternative channels of communication and outreach as a way to bond with fans from across the globe. Fnatic has a strong presence on the world competitive stage and the organization has won thousands of competitive titles to its name.

Competing, or having competed at one stage or another, in over 20 games, Fnatic are definitely one of the most easily recognizable names in the entire world of electronic sports. The team’s Marketing Director, Benoit Pagotto, had this to say in the official press release,

As a professional esports organisation, Fnatic continues to break the mould from a playing and fan perspective. Just last weekend we claimed our seventh European League Championship Series title in League of Legends, whilst this collaboration with Sansar is a sign of how we’re always looking to enhance the viewing experience we deliver to our growing community of fans worldwide

Pagotto continued by arguing that virtual reality hadan important place within the world of esports that would help the organization build a more engaging fan experience.

Sansar – A Place to Hang Out

Sansar’s innovation insofar as VR is concerned can be traced back to 2017 when the company began connecting thousands of players who could choose between playing or winding down. The company is clearly one of the trailblazers in the segment and the soaring popularity of esports is an opportunity for Sansar to set a foot in a promising industry.

Wednesday 26th at 12pm PDT
Only in Sansar. Available on PC or in VRhttps://t.co/jlwFbZh1WX pic.twitter.com/fM6kwygdFd

The company has already partnered with another esports organization by signing OpTic Gaming and developing their own virtual lounge by the name of the Greenwall VR. If you haven’t followed OpTic’s Call of Duty or Counter-Strike: Global Offensive exploits, then it’s fair to note that the Greenwall is the moniker fans have given the team.

The lounge, announced in August, has been styled as an arcade gaming bar where the VR avatars of fans and players can cool down or participate in various esports action.