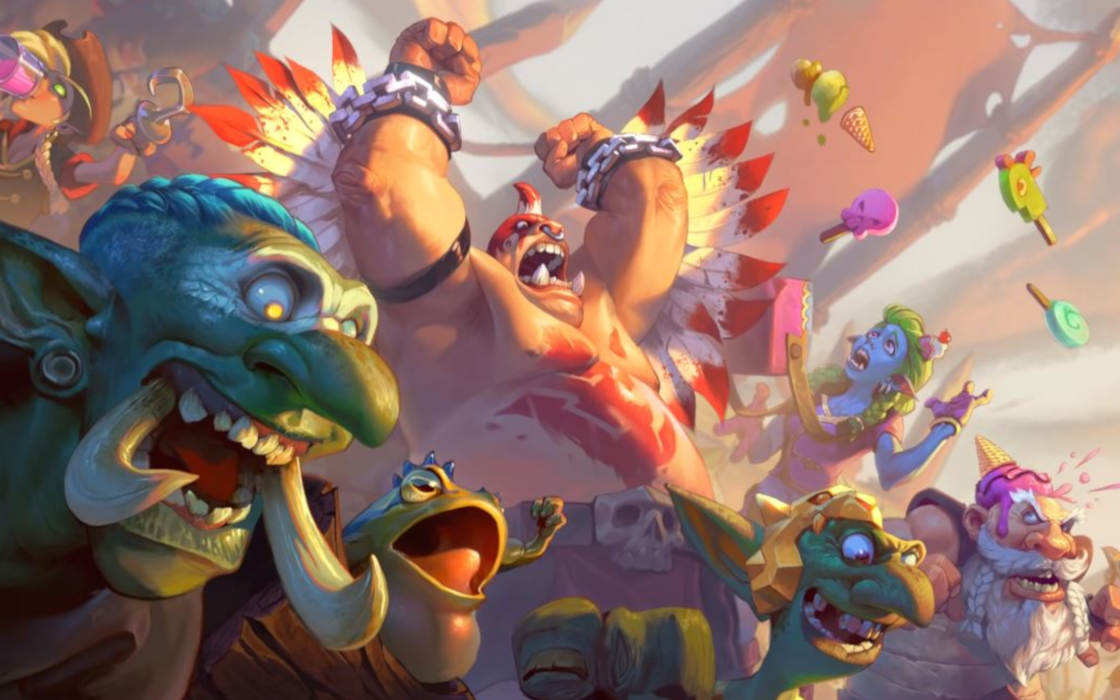 Blizzcon swept the crowds with a flurry of exciting news. Not least of all, Hearthstone is getting a new expansion inspired by the Troll tribes of Zandalari and a fresh solo mode.

Blizzard’s collectible cards video game Hearthstone: Heroes of Warcraft is getting a new expansion, and it has to do with trolls. A few days back, a leaked YouTube video by Blizzard Korea had the Reddit community stipulating as to a possible translation of the game.

One user nailed it, translating the name as “Rastakhan’s Rumble” and they were spot on, with Blizzard’s digital trading card game stepping boldly into the dominion of trolls. The expansion will introduce players to the Stranglethorn Wilds, a place where the troll tribes flock to hold ancient trials, fielding the Legendary Troll Champions.

Overall, nine champions will fight to represent one of the classes already in the game. The ultimate prize from the challenge is the blessing of Rastakhan who is a ruler of the Zandalari Empire.

Blizzard are adding a “Spirit card” for each class in the game, and a total of 135 new cards in the upcoming mode, according to the press release. One of the revealed highlights during the Blizzcon opening ceremony was Shirvalla, the Tiger who is a Legendary Paladin minion that musters varied abilities to make itself one of the fiercest card players can summon, with Divine Shield, Rush, and Lifesteal bound to the very fabric of the beast.

To summon Shirvalla onto the arena, though, you will need to tackle a steep mana condition – 25 points. Each mana point you spend on casting spells, however, will reduce the cost for an equal amount of points.

Classes will also receive a rare minion and each will come with its own specific beneficial magic, allowing players to quickly gain headway.

Overkill or Reaping the Benefits of Excessive Damage

The latest mode will also introduce a new concept, changing the mechanics of Hearthstone a bit. “Overkill” looks like a risky gamble, as it will allow a hero equipped with a weapon or a minion to attack twice per turn should it destroy an opposing minion with damage greater by at least 1 point than the minion’s own health.

As the changes will continue, a new Rumble Run mode will become available, where players will assist trolls to distinguish themselves as champions and advance in the competitions.

Rastakhan’s Rumble will be available to snap up ahead of the official release and it will feature 50-pack bundle which will come for $49.99.

Players who want to kickstart their collection and find themselves on a stronger purchase in the new expansion could opt for the $79.99 80-pack bundle instead, which will also come with a Legendary card as well as a new hero character.