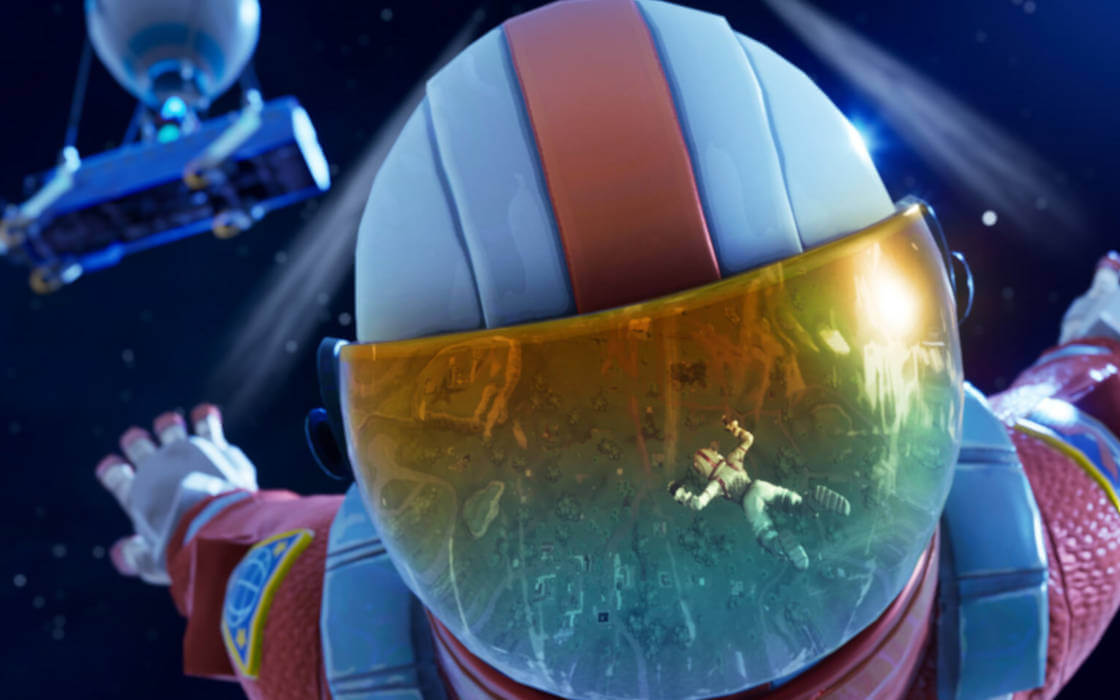 Fortnite: Battle Royale seems to have achieved yet another milestone in its short but impressive history. The game basically re-defined iOS gaming and brought a serious PC title to Apple aficionados. It took it only 200 days to rake in over $300 million in net revenue. Well done, Epic Games.

Starting tentatively as a PUBG-inspired title, or so we often think despite the remonstrance of Epic Games’ to the contrary, Fortnite has gone past its sandboxy survivalist roots to completely reinvent itself as a friendly, cartoonish and ultimately addictive game that has elements of in-depth strategic play and a lot of competitive edge to it.

Today, Fortnite’s glory is uncontested. Parents are tacitly conceding that a private Fortnite tutor are just a non-negotiable must. Others break Twitch’s mileage by drawing hundreds of thousands of concurrent viewers.

Now, a new data by SensorTower, an intelligence firm, has revealed that Fortnite: Battle Royale has quite unabashedly managed to hit $300 million in net revenue within the first 200 days of its iOS release. Yes, the juicy number apply just for the iOS-powered devices.

This equals the company’s total revenue for April alone! Oh, and if you were wondering, Fortnite is also available on
Android, PlayStation, Nintendo Switch, Xbox One, Windows and Mac. 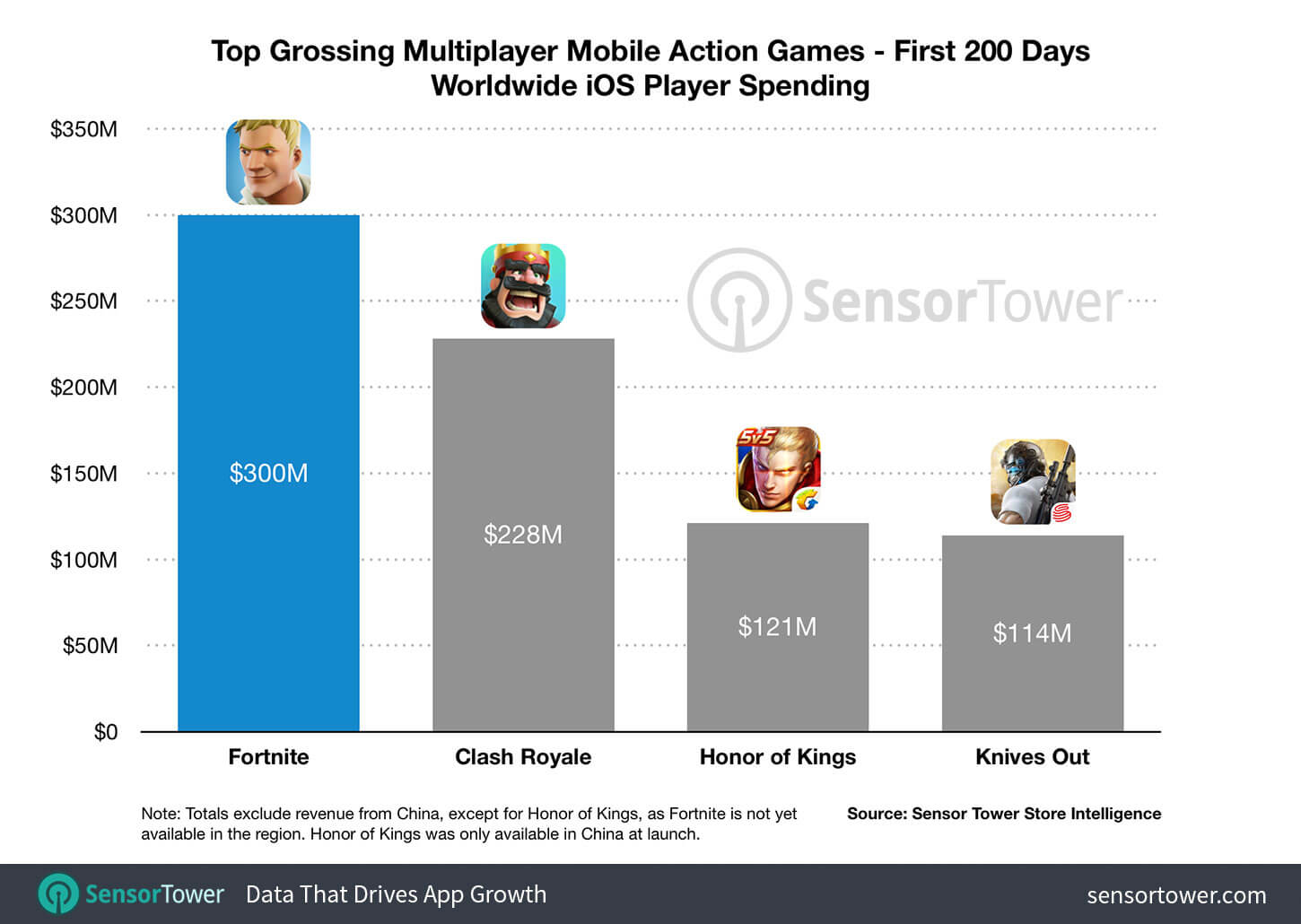 In SensorTower’s overview of the game’s latest performance, it’s worth noting that the results posted don’t include China, one of the most vibrant markets out there. Fortnite hasn’t dipped a toe there yet.

Admittedly, the country has also been one of the most restrictive legislations where a game-maker can operate, keeping in mind Tencent’s recent $20-billion write-off in share value, following a slew of freshly-introduced regulations.

Boosting the Revenue – Not a Problem

To understand the figures better, we will use the comparison SensorTower so conveniently forwarded in their blog post. Just see how other contenders performed, for example Clash Royale, which took 249 days to hit the eye-watering figure.

Honor of Kings needed 316 days after it had been launched to achieve the same result, and even Tencent, which has been enjoying access to the world’s largest gaming market, China, has only managed $47 million since it launched PlayerUnknown’s Battlegrounds on April 15.

Looking at players’ spending habits, nothing suggests any let-up in the current trends. If Fortnite is a bubble, it’s going to be a huge one and even if it bursts, it will only rain money. Citing from SensorTower’s report, consumers reportedly did the following,

Players worldwide have spent an average of $1.5 million per day in the iOS version of Fortnite since launch and about $2.5 million since Season 6 arrived on September 27.

Oh, and that hardly seems to be the end of the story. Launched on August 9, Fortnite’s Android version has already raked in as much as $60 million, SensorTower reported. It has definitely been an excellent year for the game.

As of June, Fortnite had made $1 billion since its release back in October, 2017, making it one of the most grossing titles, a study by SuperData revealed.

The free to play model has been touted by other gaming giants such as Activision who may be bringing a Battle Royale game that is free to play of their own inspired by Fortnite. Call of Duty: Black Ops 4 has already courted the idea with a reported modification.

Meanwhile, the Fall Skirmish Series continue to rage on at full blast and we are all excited about the upcoming Fortnite World Cup in 2019.