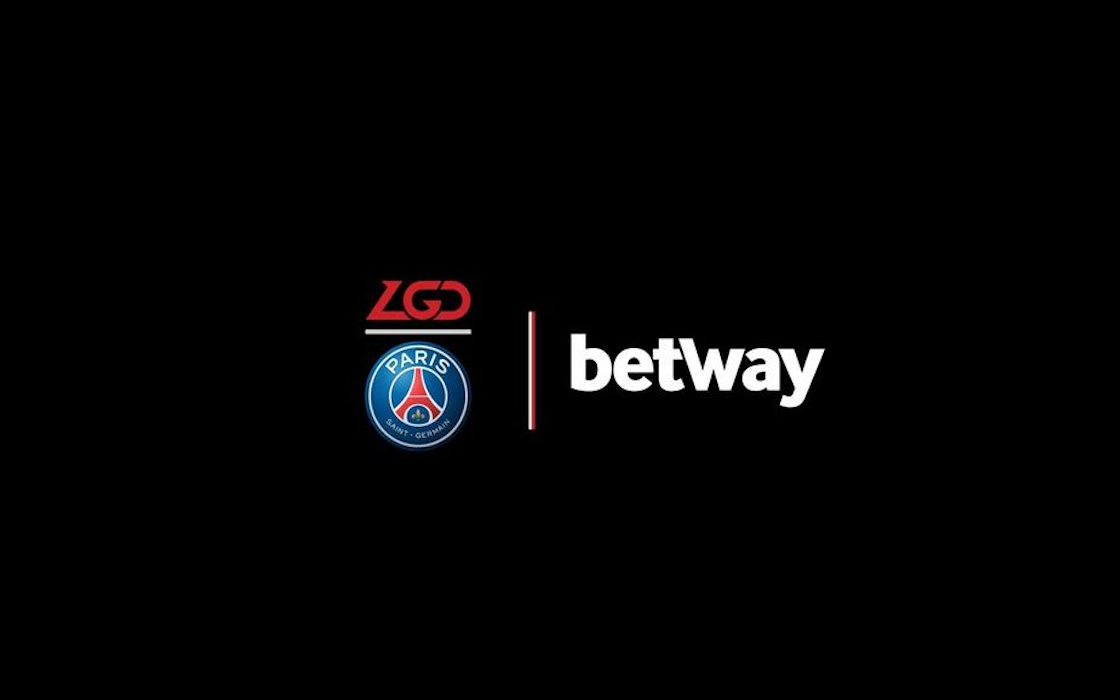 Betway signs up an official shirt sponsorship with PSG.LGD, adding yet another high-profile esports team to its list of partners.

Betway continues to strengthen its connection with the world of competitive video gaming. The UK-based sportsbook has signed a fresh shirt partnership with PSG.LGD, a Dota 2 squad created as a result of the merging of French soccer giant Paris Saint-Germain and Chinese esports powerhouse LGD Gaming in 2018.

With the financial deal still not revealed to the public, Betway’s efforts to stay ahead of the curve and be the most recognized brand among betting companies involved with esports remain unflagging. The deal allows the company to leverage exclusive content developed by the Dota 2 squad and promoted via both Betway and PSG’s social media channels.

Commenting on the deal, Betway Chief Executive Anthony Werkman had the following to say:

“Having already had plenty of success with sponsorship in esports already, we are very excited to have signed a new partnership with PSG.LGD. Betway has always aimed to be at the forefront of the esports movement, and we look forward to partnering yet another major player in the space.”

The news was received well by PSG’s Chief Brand Diversification Officer, Fabien Allègre who noted that the partnership helped the team continue to develop in the esports vertical.

“This is the reward for the ambitious project of our PSG.LGD team. With Betway, we will be able to offer more exclusive content for a wide international audience and engage even more with the Dota 2 community.”

A Number of Successful Partnerships

Betway is presently one of the most active esports sponsors. The company has been teamed up with Ninjas in Pyjamas, a Swedish team along with Invictus Gaming, a Dota 2 squad. Despite some warnings of Valve, the developers of Dota 2 and Counter-Strike: Global Offensive, for teams to avoid signing up partnership with betting companies, Betway has been well-received.

To this date, Betway remains one of the best esports bookmakers, competing with endemic sportsbooks such as Unikrn in terms of available markets and general betting opportunities. Betway is also embraced by established esports torch bearers as the ESL Pro League, the Intel Extreme Masters, ESL One and the BLAST Pro Series, which the company sponsors officially.

Do Not Trust the Sportsbooks, Valve Says

Valve has kept its anti-gambling stance, although the company hasn’t done anything to block any of the existing partnerships. The company has had bitter experience with accusations that it had been facilitating underage gambling when in 2016, a class-action suit was launched against it. The case was eventually dismissed, but it prompted one of the most sweeping clamp-downs on activities such as skin trading and betting, snuffing out a potentially billions worth market.