Following a heady release and even headier popularity, Apex Legends is now about to have its first $200K tournament co-hosted by Twitch and Electronic Arts (EA).

A game inspired by the Titanfall series, Apex Legends was released only 3 das ago, but the game already boasts impassive numbers with 10 million unique players and 1 million concurrent users playing at peak time.

Whose squad runs Kings Canyon? Find out during the #TwitchRivals Apex Legends Challenge!

To raise its profile, the game will be part of the Twitch Rivals program, inviting famous streamers to join two independent $100K Challenges. The events will be held in two regions, to name North America and EMEA (Europe, Middle East, and Africa).

The tournaments will be played between February 12 and February 19. The event is a bit rushed up, with participating teams invited to participate in an all-out melee. A total of 16 teams (of 3 members each) will be trying to amass the most points during a four-hour gaming session.

The list of streamers who have agreed to participate includes:

Apex Legends monetization system has been the reason for some concern among players, but apparently no serious issue has been found with it, as the game soared past the 10M-mark in terms of player base under 72 hours.

Apex Legends appeal may just prove irresistible enough for some users to overlook EA Games’ reportedly cherished the buck more so than the player base. 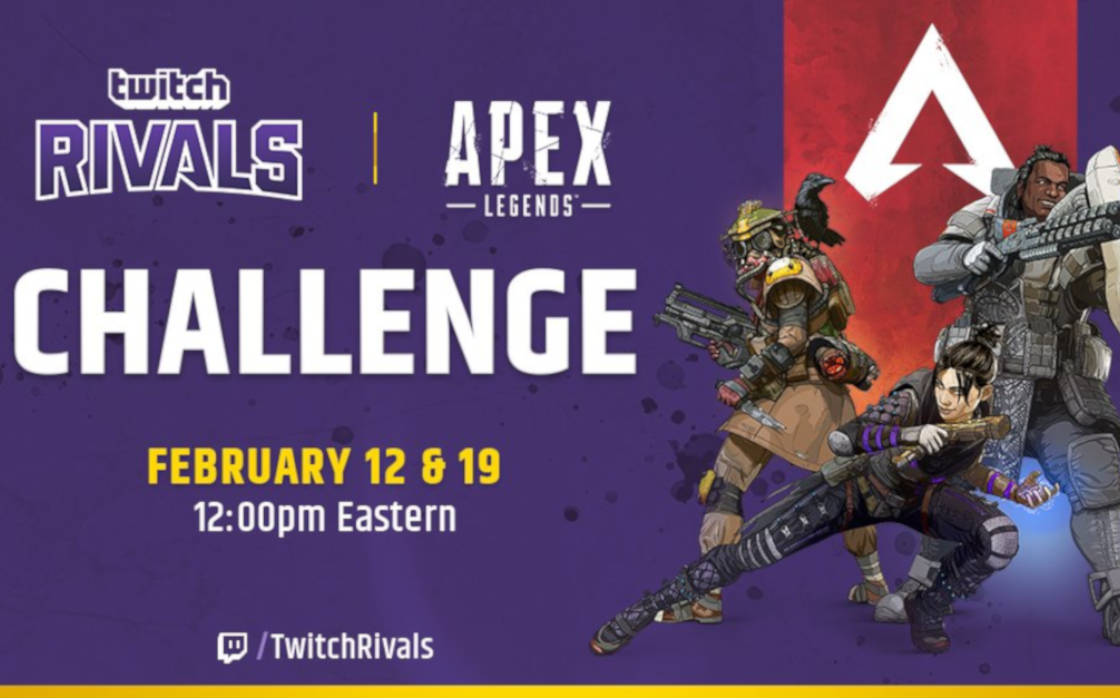