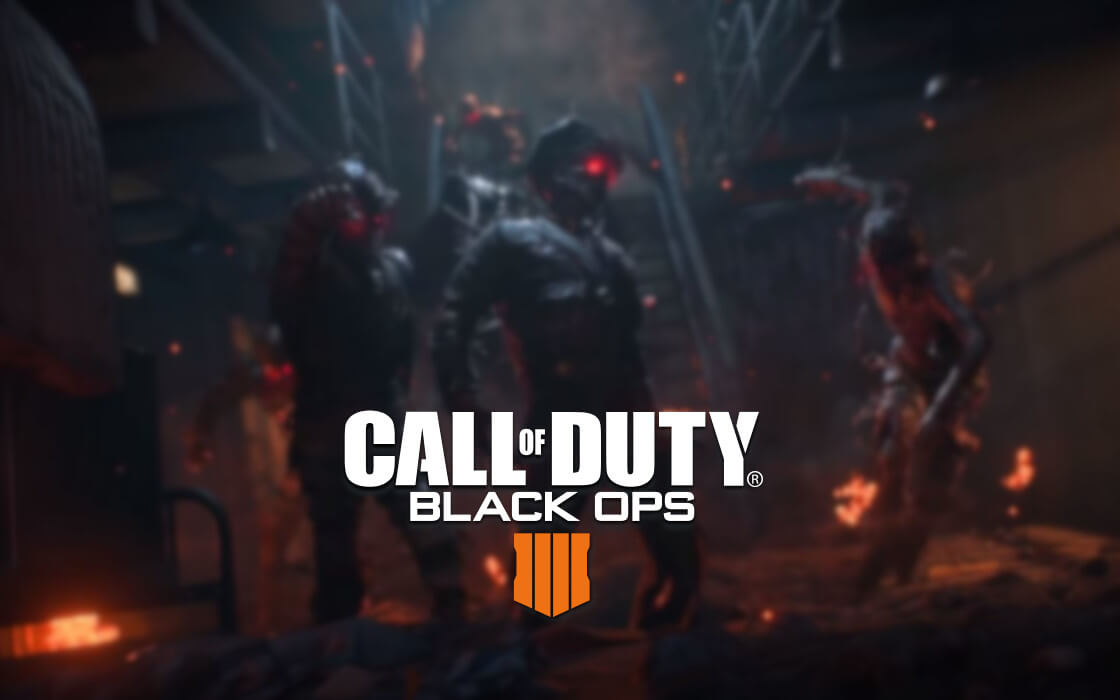 Since its release on October 12, Call of Duty: Black Ops 4 (CoD) has managed to top quite a few charts. Praised by fans and endorsed by streamers, the game is on the top charts of Twitch and YouTube. On October 17, the game developers announced a new update via Reddit and all the available channels. Within that missive was a hint at yet another major update imminent.

The reception of the latest instalment in the CoD franchise has been exceptional. From Luke Winkie to Spooky T. Wight, commentators have showered the game with accolades. A successful beta identified a number of problems that were quickly patched, and Treyarch used the opportunity to establish a more open, straightforward dialogue with fans.

In today’s #BlackOps4 update: Zombies stability improvements on all platforms, an introduction to Featured playlists, and what we’re tracking from the community: https://t.co/UkVLlwKhNn pic.twitter.com/5VU4HhNPuT

Breaking a piece of news on October 17 and reminding that the apocalypse had arrived and the Zombies are now lumbering down the battlefields, Treyarch went on to recap all the changes the game has seen so far, plus elaborate on the novelties in the current update.

Zombie maps had been fixed along with the Easter Egg questline. Going over the recent changes, Treyarch mentioned that they were still working on the issue with vehicle behavior, examples of which had been posted all over Reddit.

The developers are also now looking into console performance issues featuring freeze screens when players attempt to loot Death Stashes, and the studio is committed to tackling all progression losses problems that result in reduced final point count.

We’ve seen comments and requests around general weapon tuning since launch. We take weapon tuning very seriously and put any proposed tweaks through rigorous internal testing before we consider a change to the game.

Apparently, the state of in-game weaponry has been the reason for some concern, with Treyarch acknowledging the need for quick changes. Since the launch date, the studio has managed to collect sufficient data and they have been using the available input to test solutions internally.

While not mentioning any specific weaponry in their post, users have most commonly talked about the power of assault rifles and Nomad’s dog, and these issues are the most likely candidate for some fine-tuning.

These will change frequently, and will sometimes even include bonus modifiers, like 2XP, for limited times. Black Ops 4 is designed as a more event-driven game.

A noteworthy change in the latest update is the inclusion of featured playlists, which will be used to rally the community around specific types of play.

While NewZoo’s Most Watched Games of the Month statistics for October is still at least a month away, CoD was the most-watched title between October 12 and October 16, clocking nearly 22 million hours.

According to Twitch Metrics, the game outpaces other flagship titles, such as Fortnite and League of Legends, with CoD sporting 210,000 average viewers. In terms of hours watched, CoD doubled on Fortnite in the week leading to October 16. 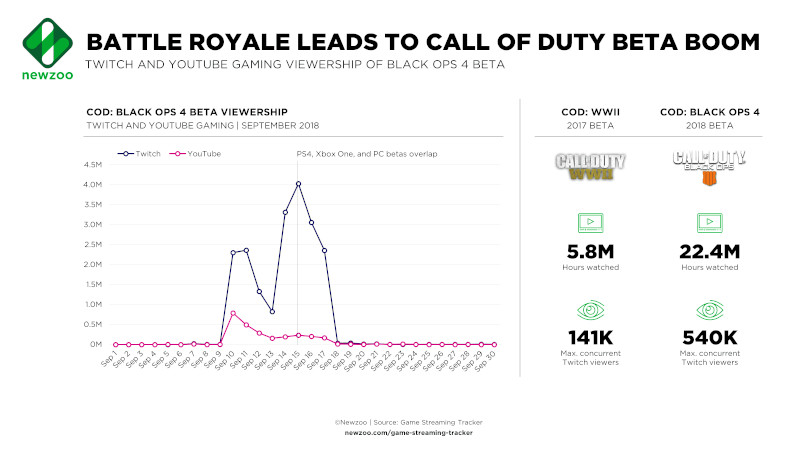 Part of the interest was brought by Tylor ‘Blevins’ Ninja, who has been the streamer to single-handedly break Twitch records in terms of the most concurrent viewers, and also tuned in to play the game bringing throngs of viewers with him.

Analyzing the long-term viewership numbers is a difficult undertaking, as CoD may just be riding the crest of a new release in an iconic franchise. The addition of the Blackout mode (CoD is the first AAA title to feature a Battle Royale mode) can pave the future to a more vibrant competitive scene, but then again, the variety of content available for the game, may simply be prompting users to stream different bits of it.

Looking at the available information presented by NewZoo, the Black Ops 4 beta viewership managed to eclipse its predecessor, WWII nearly five-fold. This is also a telling sign that BO4 may have a bright future despite a changing landscape for the shooter genre.

In his review, Luke Winkie said that the game ‘lacks the reinvention of its predecessors […] but was dutifully crafted, and meticulously polished’. Winkie is correct, of course, but Activision and Treyarch are considering an esports future for the game, and the company has already contacted owners of Overwatch League slots to discuss acquisition of Call of Duty World League positions, according to ESPN.

If true, Black Ops 4’s popularity and that of the franchise would be difficult to tackle as this will be the second city-based esports league structure in the world, which is the model Activision/Blizzard want to pursue moving forward.
Stay tuned for more information on the upcoming Call of Duty updates.